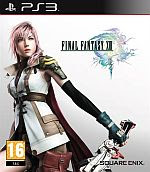 Ian Beck : Pastworld: a mystery of the future: a novel

The story is set in the future, around 2050. London has been restored to its 19th century Victorian state, and has been turned into a theme park called Pastworld. It is so authentic that some of its full time residents don’t even realise they’re liv-ing in a theme park. Visitors to Pastworld must leave behind everything which is not 19th century, such as phones, computers, even their clothes and medicine. Pastworld is a perfect Victorian world, not forgetting its crueller aspects such as poverty, beggars, lawlessness, violence and almost primitive medicine.

Caleb is the son of one of Pastworld’s founders. He is really looking forward to his first trip there, bored with the dull life outside. But he is not prepared for the lawlessness of the Victorian world. He soon finds himself on the run, accused of murder in place where death penalty still exists…

Maxo Strang lives in an age when humans can be genetically manipulated into perfection. Not everybody, of course, only those well-to-do who live in the Polis, a bastion of welfare and technology. The Polis surrounded by ghettos, in which those less fortunate, the Dreggies, live in poverty and squalor.

Maxo is the most perfect human ever made. He is top in social class, in looks, in intelligence…until the day he discovers a crack in his face. Terrified, he starts to search for a cure. The search takes him into the world of Dreggies, among the miserable imperfect people. He meets a young Dreggie girl, Gala. To his utter horror, he feels attracted to this girl. Seeing the world from a completely different angle , Maxo also starts to discover facts about the terrible system which main-tains this brave new world order…

Gemma Malley : The declaration, The resistance, The legacy

Mankind has finally found immortality. A powerful drug, Longevity, has been in-vented. Death and illness are history. People will live forever.

But everything has its price. Extending peoples’ lives indefinitely has led to over-population and energy shortage. But people are not willing to give up the chance to live forever. The solution has been to ban children. Only if you “opt out” i.e. give up Longevity, and choose a mortal life, are you allowed to have a child. The children born without opting out are “illegal”. They are taken from their parents and they have a right to live only to serve “legal” people. Very few people have chosen to have children, most have chosen immortality. Consequently, children have almost disappeared from the face of the earth.

Into this brave new world Anna is born. Taken away from her parents at an early age, Anna is brought up in an institution with other “illegal” children. She is brought up to believe that she has no right to decent lodgings or food, to health care, or even to central heating. Until Peter is brought in. Peter tells her that she has as much right to live as anybody else. Together they decide to escape, and find Annas parents.

Robert Smith is going to a routine examination. They are just going to stick a tube down his throat and have a look at his insides. Nothing should go wrong. However, he wakes up in the middle of the operation, and realises that some-thing is terribly wrong. They have opened him up. Instead if intestines, his in-sides are full of silvery filaments and plastic. What the hell is he?

Terrified, Robert goes on the run. To find some answers. But does he really want to know? 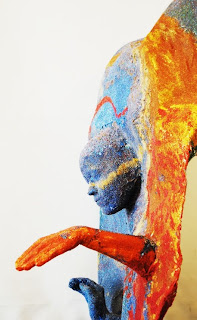 Guardians of the galaxy